UPDATE (1:10 p.m.): Peel Police are reporting a man who was shot in the city’s west end earlier this week has died. Homicide officers are leading the investigation after Peel Police were called to… 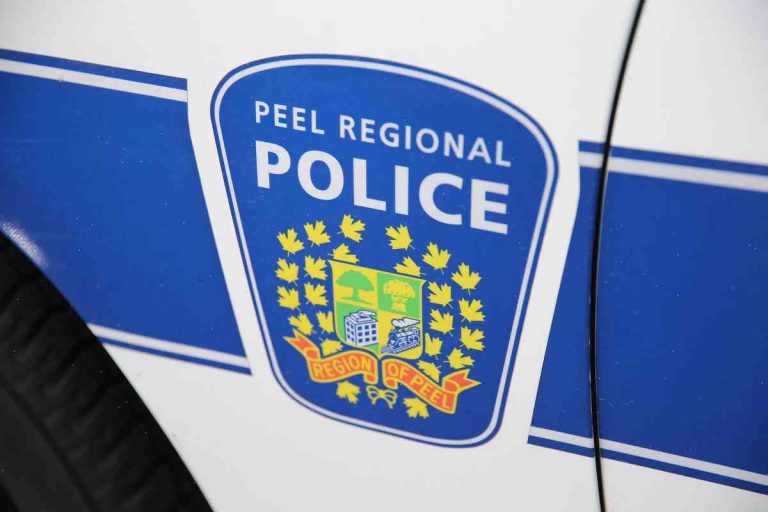 UPDATE (1:10 p.m.): Peel Police are reporting a man who was shot in the city’s west end earlier this week has died.

Homicide officers are leading the investigation after Peel Police were called to an area near the intersection of Smith Road and Simpson Road at 5 p.m. on Tuesday.

Police said the man, who was wounded in the upper body, was taken to hospital and transferred to a trauma centre in London.

At this time, police do not believe he was targeted, and a homicide investigation has been launched.

Watch below: (From July 23, 2016) Two men have been shot to death at a house on Shattuck St. in Toronto. Julie Christie reports.

Police have not disclosed whether the victim lived at the home on Shattuck St. and are asking anyone with information about the shooting to call them.

Meanwhile, a release from Peel Regional Police said officers were called to a “dangerous situation” shortly after midnight on Sunday morning in the area of King Street East and Bagot Street.

READ MORE: This photo may be the most heartbreaking thing you see today, but there is hope for the future

The release stated that in the unit block of King Street East, the people inside the residence were forced to surrender the firearms.

A woman and a child were taken to hospital with non-life threatening injuries.

He was arrested on Aug. 2 in the 100 block of King Street East and appeared in court in Brampton on Aug. 3.

He has since been charged with one count of first-degree murder and two counts of attempted murder in connection with the Thursday shooting.

– With files from Global News