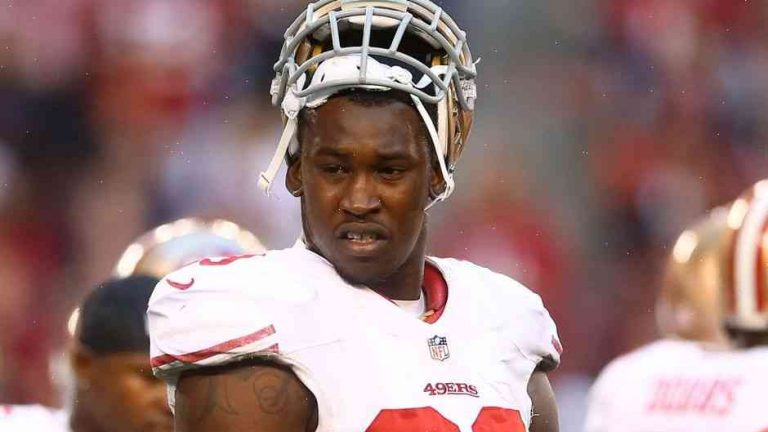 NFL star Aldon Smith has been arrested and booked on a felony charge of driving under the influence causing injury, the San Francisco Chronicle has reported.

Police say Smith’s rented sports car struck a curb on Saturday and a woman was taken to hospital in serious condition.

Smith, 29, who has played five years for the 49ers, has been charged with felony vandalism.

His lawyer, John Burris, told the newspaper he would vigorously defend the charges.

Awarded a first-round selection by the 49ers in 2011, Smith has won two Super Bowls with the franchise but been charged numerous times for offences related to drugs and violence.

In 2014, he pleaded guilty to three weapons charges. He was given three years probation and required to perform 1,000 hours of community service.

Speaking to the Chronicle, Burris claimed that police in Santa Clara had backed up his statement that no evidence of a crime had been found at the scene.

“There was never any evidence that [my client] had done anything wrong,” he said.