Dissension Leads to Divisions in the Catholic Church in Massachusetts

Catholic teachers should put kids first at Christmas, and voters should let lawmakers decide the future of public education in Massachusetts, according to the leader of the state’s largest teachers union. “In Boston, our… 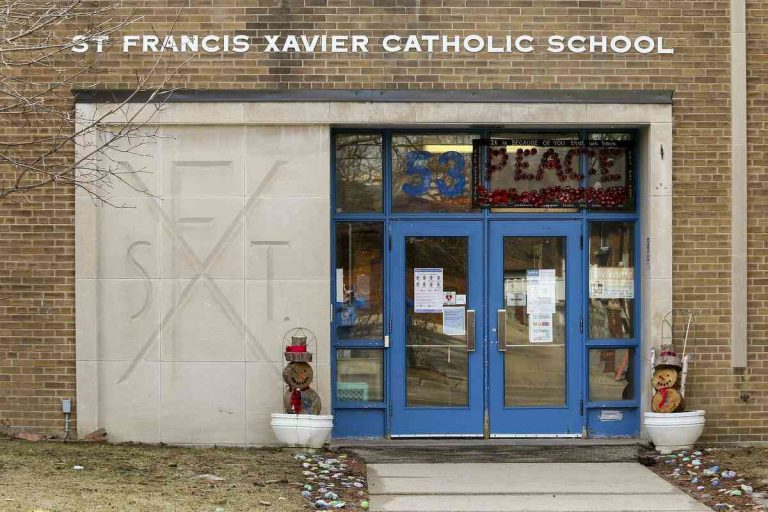 Catholic teachers should put kids first at Christmas, and voters should let lawmakers decide the future of public education in Massachusetts, according to the leader of the state’s largest teachers union.

“In Boston, our members care deeply about issues, but are often called upon to make more difficult choices in their day-to-day decisions,” said Roz Ward, president of the State Education Association, in an interview with WGBH on Friday. “And we need our politicians to make sure they’re right for the kids, not for the people making those decisions, and I don’t think it’s necessary for our people to have to have a deep and profound debate about whether there’s a relationship between defunding and No Child Left Behind. I think it’s really important that when schools decide not to have as robust a curriculum in that respect, that the politicians have to work with us to have the school do it.”

Massachusetts has the largest public school system in the nation, with just under 315,000 students.

Ward says that when it comes to cutting budgets, that there is no obligation to re-focus students on math and science, as she feels that pupils should be learning about the birth of Christ.

“Here we are talking about the debt and deficits that are in this country and its consequence is the defunding of public education,” she said. “And I don’t think we’re so far removed from that argument that we can’t start there in terms of education policy.”

Ward isn’t the only member of the Catholic teaching force in the United States complaining about growing religious freedom in schools. Bishop Joseph Fiorenza of South Bend, Indiana, called on district officials to not consider teaching a curriculum centered on the historical part of Christmas a violation of the Constitution and the government’s anti-discrimination laws.

Meanwhile, in Arizona, U.S. Rep. Harry Mitchell, a Democrat, is proposing legislation that would “exempt K-12 public school students in Arizona from the requirement that they receive daily instruction on Christianity as part of a required public school curriculum.”

The American Civil Liberties Union of Massachusetts filed a lawsuit on Wednesday, in a lawsuit related to Ward’s comments.

David Yerushalmi, a lawyer representing the ACLU in the case, says it’s up to lawmakers to decide whether public education should be offered in a secular environment.

“We are confident that teachers and policymakers throughout the Commonwealth will see the value of cherishing all children’s religious liberty,” Yerushalmi said in a statement.

The Board of Education vote on the new policy is set for Feb. 5.

Sandra Emerson is an associate editor at FoxNews.com, and can be reached here or on Twitter: @SandraEEmerson.