Ethiopia’s Queen of the Desert statue lies on her side in a blocked mud pit at the entrance to the UNESCO-listed cultural heritage site Image copyright AFP Image caption The site, in Ethiopia’s central… 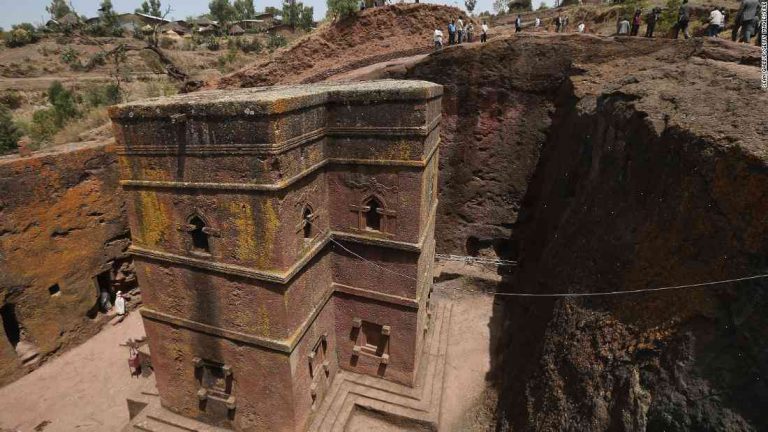 The Ethiopian government says it has recaptured historic Lalibela, the so-called “Queen of the Desert”, which was looted last month.

The local administration says it secured a victory with the aid of the police and the army.

The site, on the banks of the Tigray River, was hailed as a Unesco World Heritage site when it was formally announced in 1984.

UNESCO member states voted to declare the site a World Heritage site, and protect it from looting.

However, some people had earlier said the declaration may have motivated activists to plunder the historical site.

Image copyright AFP Image caption This sculpture of the Queen of the Desert, housed in the Palace of Anele, was found looted during a raid in April

Monday’s announcement did not refer to the murder of an artist who was working to restore the temple, and who was later lynched.

“Since the security forces swept through the village and destroyed illegal works on the site, the whole area has been mostly free from illegal excavations and works,” the civil service said.

The palace at Lalibela is in ruins Image Credit: AFP

“That the site has been restored is an important step.”

Agnes Theodora Tigabana, the deputy head of government, said the war on Lalibela was all about “restoring the goddess,” the women who pray for her welfare.

“The importance of the war was to reclaim the goddess of Ethiopia,” she said.

Attendance has been low at the famous site in recent years.

However, the lake where the ritual of worshiping the Queen of the Desert is performed is a vital habitat for endangered wood turtle, water hyacinth, frogs and fish.

Since the assassination of painter Thiradna, archaeologists believe the hundreds of statues of the Queen of the Desert (Onka) have either been destroyed or hidden in the lake.

As part of the restoration process last October, thiradna, 56, who had been working to preserve the temple at Lalibela, was tasked with taking photographs of the ancient site.

This led to an attack on him.

Thiradna was found dead by villagers who were protecting the lake in April with spears.