Merera Gudina accused Ethiopia’s president of inciting conflict, but says writer and journalist had criticised regime Ethiopia’s leader said he would bury his enemy. His spokeswoman doesn’t think it was incitement to violence The… 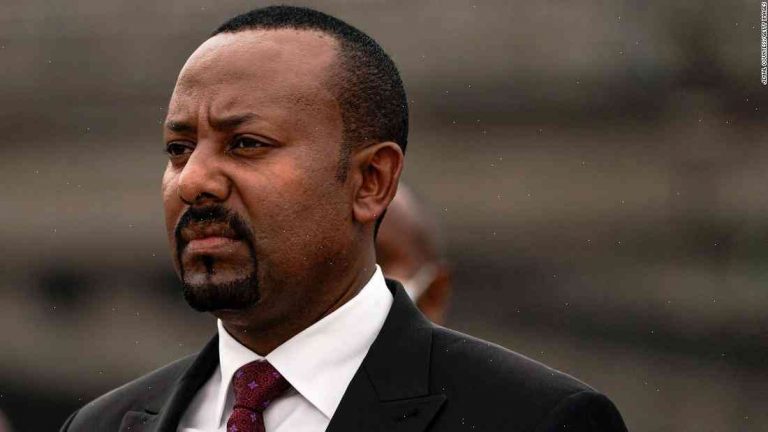 The leader of Ethiopia has accused the country’s president of inciting conflict. But his spokeswoman said the journalist who wrote a blogpost about the president planting a coffin on his house in an election ploy was “provocative”.

Amsterdam-based Ethiopian journalist David Tadesse said the president, Abiy Ahmed, was engaging in “election manipulation” by burying a coffin on his house in rural Awash county in October, but his office denied it.

Tadesse published a blogpost about the incident, saying Ahmed was spreading rumours in order to create a controversy and galvanise voters in his hopes of winning re-election.

On Monday, Tadesse said the response to his blogpost had been “riots, killings, looting and attacks in the entire Awash region”.

The country’s police chief had told the country’s director of public prosecutions to open an investigation.

On Thursday, Ethiopia’s spokesman, Getachew Reda, said the land where the coffin was buried belonged to the president, who had ordered it dug up because it had been placed there in an electoral ploy.

He said Tadesse’s blogpost claimed “that the empty coffin was planted there for me personally in order to gain political mileage and win the November elections”. But Tadesse said the writer of the post, who was arrested in 2010 but later freed, was implying that Ahmed “seems to be the target of being buried in an empty coffin”.

At the weekend, Tadesse told the Guardian: “It [the move to bury the coffin] is dirty election politics.”

He added: “The article was on the part of peaceful, democratic journalism. There was no question of violence or riot in the article.”

Reda, the spokesman, declined to comment when asked whether Ahmed was inciting “stirring up division”.

The Awash region, located in the north-western part of the country and the birthplace of the Oromo opposition, has had serious ethnic clashes between communities in recent years.

Earlier this month, Tadesse’s nephew was killed and his father seriously injured by a mob in the region.

In a further interview with the Guardian on Wednesday, Tadesse said his reporting about Ahmed was based on his account of the facts.

He added: “I have to give credit to Ethiopia’s modern day media for doing their job without threat and in the face of its great might.

“Their courage is commendable and serves as a beacon to those who oppress the people. Their work and their reporting is without parallel.”

David King, an independent writer based in Germany, said the story highlighted the increased use of Facebook and YouTube as the means by which the ruling EPRDF party campaigns for elections.

King, whose biography of Abiy appeared on the Guardian’s website on Wednesday, said: “It also shows you the regime is now behind the mask and people know what it’s trying to do.”

At the weekend, an explosion hit a home in Addis Ababa, a city of 8 million people, and injuries were reported. The president’s office called it a “natural disaster”.