In 23 years of volunteering at one of Kenya’s 12 colonial-era libraries, Lucy Njenga became obsessed with restoring and restoring others: first the library in the middle of Kibera, Nairobi’s poorest slum, then those… 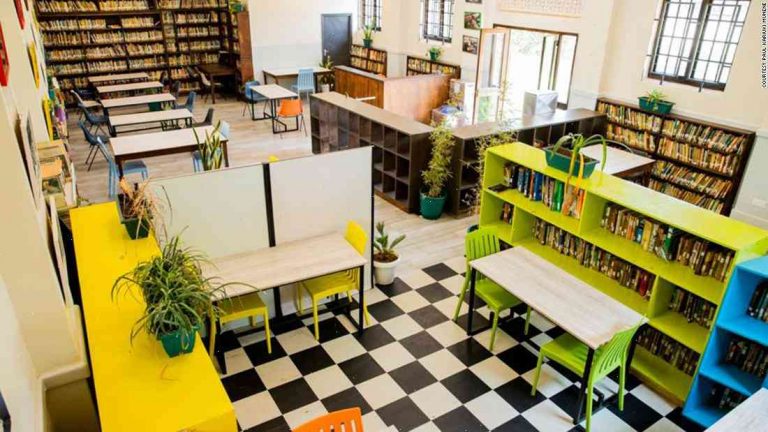 In 23 years of volunteering at one of Kenya’s 12 colonial-era libraries, Lucy Njenga became obsessed with restoring and restoring others: first the library in the middle of Kibera, Nairobi’s poorest slum, then those at the less-soaring Kilgoris.

In 2013, the Silicon Valley tech giant Intel committed $3 million to modernize and restore the old libraries, pairing it with the Kibera Library Project and the University of Nairobi Digital Library. Njenga, the founder of the project, was tapped to oversee the libraries’ planning, implementation and upkeep, with her husband, Carlotta, handling engineering projects.

The project has laid the foundation for a new, fully-functioning hybrid library that began running last fall and offers borrowing time of 15 days per person. The effort was completed in time for the group’s 10th anniversary, on April 30, with Kibera Library being one of four in Kenya.

Last week, as part of Capital in the Twenty-First Century, the Njengas sat down with the Washington Post’s Kevin Sieff to talk about their journey to revitalize Kenya’s legacy. It’s a story that highlights the African and American South as two geographic examples of progress made during the last decade of U.S. presidential history.

In 2002, a year after we graduated college, one of Carlotta’s peers started a nonprofit called the National Urban Library Association. The idea was to get access to a library wherever an urban community had a need for one, thus setting a standard by which all nonprofits would follow, to win funds. And that was what got Carlotta to save Kibera Library and Kilgoris Library.

Kibera was more than 100 acres of garbage-strewn land that he felt was at the core of a massive young woman’s migration. He didn’t see a single map, was fed so much propaganda that he thought President George W. Bush was speaking from Kilgoris to the world.

I was a third-year law student, the full-time student worker at the time, and my husband was down at the Kibera Library Library once in a while. He saw an outdated roof, a small floor and only two people working, and an unoccupied parking lot, as our little space started out as a boys’ dormitory, inside the great big room.

I was sitting in the Women’s Resource Centre, to see if we could help save the space, when this construction guy came in. And I thought, “You have no idea how useful this is.” The whole time I thought about how in the rest of the world, there’s no rights, the term “woman” is never used, there’s no respect for women. And I felt like America wasn’t going to change that.

What I found through that, as Carlotta put it, was like, “You can change everything, if you do this.” And I don’t want any one human being to feel like they’re not capable.