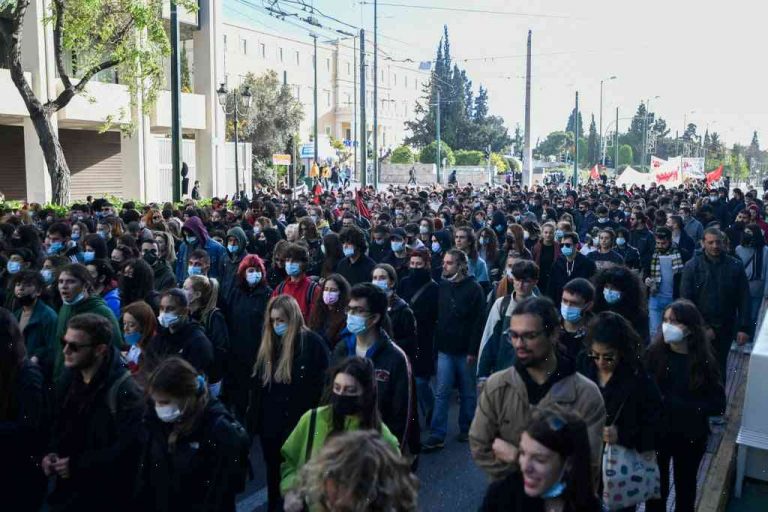 Police fired tear gas at a crowd of hundreds of youths in Greece on Monday evening as they marched to an Athens square to commemorate a 22-year-old whose last moments were broadcast on live television.

Greek police said there had been minor clashes and injuries but that they had managed to disperse the crowd without any injuries or damage to property. Police said they arrested 16 people, including protesters who attacked them.

The tensions were triggered by last week’s broadcast of a video showing Panagiotis Kammenos – a leader of Greece’s pro-European, anti-immigrant far-right party, Golden Dawn – throwing a Molotov cocktail into the street where a police officer had been shot dead during a riot on June 26.

The video, taken as a violent crowd engulfed the police officer, showed him struggling to put down the bottle before he is shot by a police officer outside a café in Charalambos, a city south of Athens.

The violence demonstrated, yet again, the dynamism of the country’s far-right movement as it has rapidly gained popularity across Europe and while increasing its numbers of supporters.

Mr. Kammenos – who represents Greece’s current conservative-led coalition government and is seen as a possible future successor to Prime Minister Alexis Tsipras – described the video in an interview with the Greek weekly Analakshmi as the “aberration” that has hurt Greek society. He also went on to suggest that recent attacks on immigrants in the country could be connected to the fatal shooting of the police officer.

“Anyone who has the desire to unite and remove this current can join the protest against the golden police killer today and tomorrow,” he said.

The investigation into the fatal shooting of the police officer, 43-year-old Pavlos Fyssas, has been widened and there have been calls for a national public inquiry, but the investigations have been tainted by controversy.

As fury rises, Greeks look to past for answers

Felix White from the New Pornographers on Making The First Impression