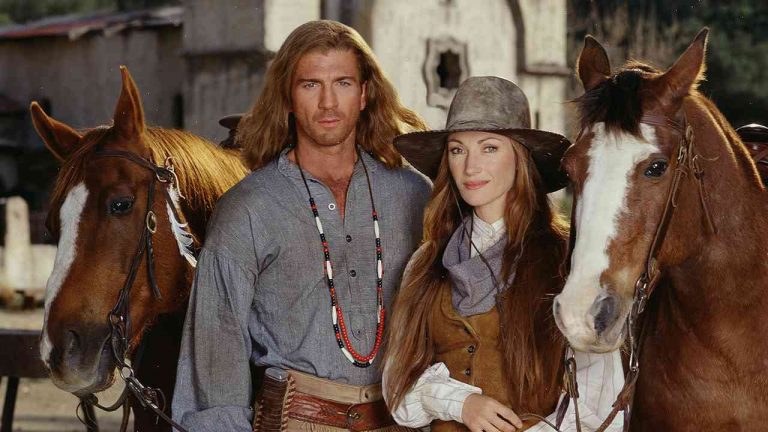 Seymour will reunite with actors Blair Underwood, Thora Birch, Mandy Moore, Miguel Ferrer, Hillary Scott and James Patrick Stuart for the special, which has a working title of “Dr. Quinn, Still (Un)married.” She tells FOX411 that it was a long time coming.

“It was 14 years ago that we last met, and it was really sad — we had all come from different jobs,” said Seymour. “Then Blair was hit by a truck, but somehow he survived. So we all had gotten together, everyone has a lot of great stories that we’re going to share.

“The show has a wonderful heritage,” she continued. “It’s a lovely family. It was a very special time in my life, and now it’s really going to be fun to have all of the friends that I love share in my adventure with the new project.”

Seymour starred as Caroline Francis “Doc” Quinn on the series, and she tells FOX411 that many of the cast has gone on to have successful careers in both film and television.

“We were all so young and so fresh and didn’t really understand how much of an impact the show would have on us. It was a really special group,” she added. “Blair Underwood just had such a hit in ‘Hand of God,’ Mandy Moore is on ‘This Is Us,’ and now I will be reunited with the other actors for a one-hour special, and it’s going to be really fun.”

She also tells FOX411 that her two children got together for some holiday festivities around the time of the special.

The Hallmark TV movie is scheduled to air this spring, and Seymour hopes more “Dr. Quinn” news will happen as she watches the show.

“I hope I’ll hear something — every day it seems like we are getting emails and cards. They still carry me and I think this is going to be a fun journey for them to share with their families. We are all touched by the show, and I can’t think of better people to reprise the characters we have loved,” she said.

Seymour is currently starring in the new series “The Frankenstein Code,” for ABC.