King Abdullah, the king of Jordan, bought more than $25 million in real estate in America from 2009 to 2014, the “New York Times” reported on Thursday. The op-ed, by Philip Hoare, a senior… 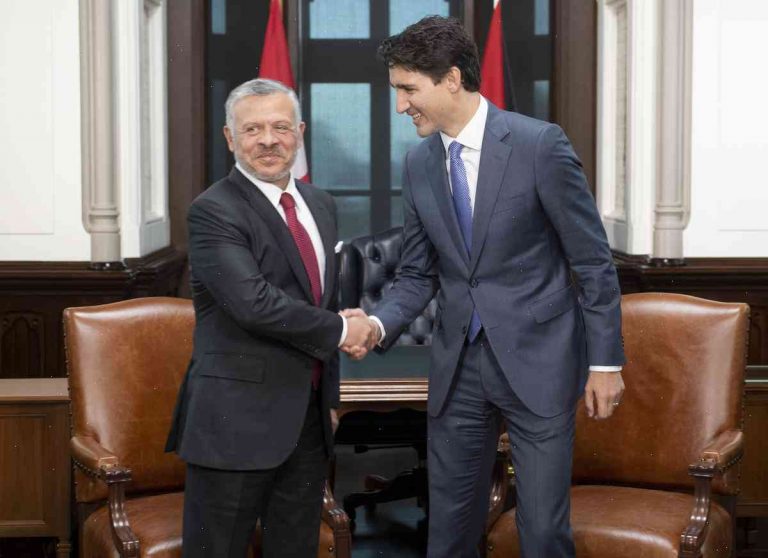 King Abdullah, the king of Jordan, bought more than $25 million in real estate in America from 2009 to 2014, the “New York Times” reported on Thursday. The op-ed, by Philip Hoare, a senior fellow at the “Brookings Institution” and a professor of Middle Eastern politics at London’s School of Oriental and African Studies, explored the king’s extravagant consumption during an era of peace between Israel and the Palestinians and during a refugee influx in Jordan.

“The royal palace in Amman is a rambling building,” the report states. “With tiled arches and carved wood columns, the building at the entrance to the gates to Jordan features a mosaic of Queen Alia, the king’s mother. Inside, ornate tapestries cover every wall. The guest book reads in Arabic: ‘To my dear friend. You are always in my heart.’ Outdoors, along a walking trail, the king plays tennis, driving his high-tech Segway on the sand.”

Hoare wrote that in 2010, the king took responsibility for mismanaging Lebanon’s debt and initiating a $900 million loan to the U.S. in response. That same year, he also loaned $4.2 billion to Egypt. In 2011, the country established “the most comprehensive debt relief program in Jordanian history.” In 2015, after the Jordanian government agreed to loan $500 million to the Trump International Hotel in Washington, D.C., the president visited Jordan.

Read the full story at “The New York Times.”