By Tom Cohen, CNN | Former White House chief strategist Steve Bannon tried to delay his criminal contempt trial until the end of October, according to a court filing made public Thursday. The motion… 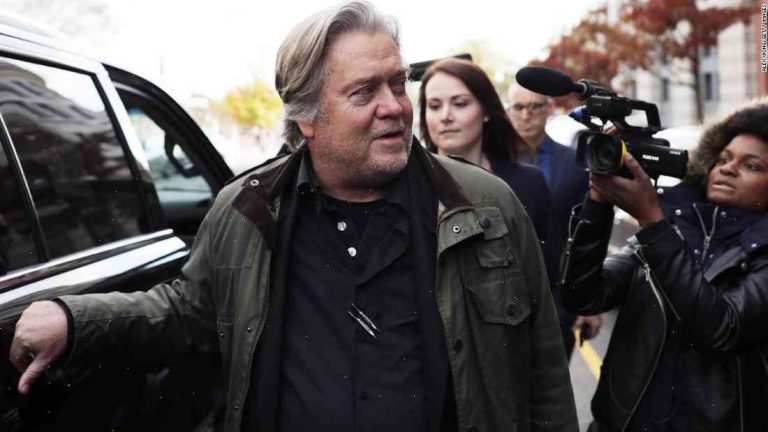 Former White House chief strategist Steve Bannon tried to delay his criminal contempt trial until the end of October, according to a court filing made public Thursday.

The motion cites political circumstances, according to a release.

“While the reasons for the filing remain confidential until the arguments are made during the Court’s consideration, this Court will view them with particular interest since an order sentencing Steve Bannon and Paul J. Ryan is scheduled for October 5, 2017, and it is expected that the Court will deliver the order during that month,” the motion says.

Jury selection in the trial has been set for October 3.

Bannon and his attorneys filed the request on Wednesday.

Federal prosecutors say Bannon illegally leaked privileged information to the media in a bid to influence the investigation into Russia meddling in the 2016 presidential election.

Bannon, according to the indictment, gave Bannon’s longtime friend, journalist Michael Wolff, some of the information about the former FBI Director James Comey’s handling of the investigation of former President Trump campaign chairman Paul Manafort.

Bannon said in court filings in late July that he has made the documents public because they are public and have the right to court documents.

CNN reported on July 31 that the United States Attorney’s Office in the District of Columbia planned to seek a contempt finding against Bannon by the Department of Justice’s Civil Division.