By Michael D. Shear NEW YORK — Nigerian President Muhammadu Buhari denounced Britain’s decision to ban six Nigerian officials from visiting the country as “politically motivated and discriminatory,” and said the men would be… 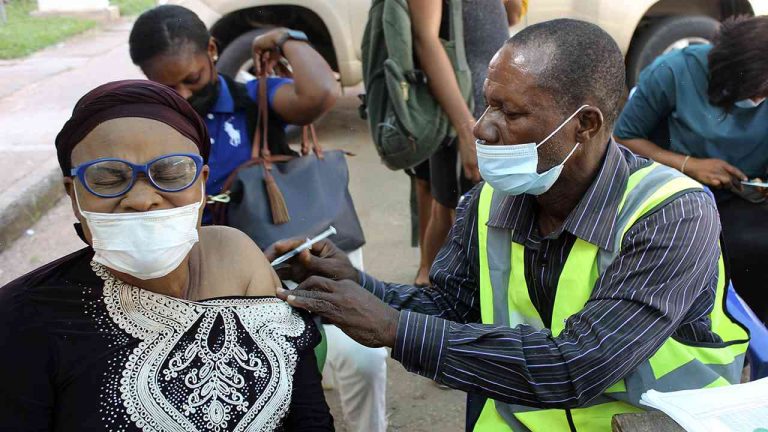 NEW YORK — Nigerian President Muhammadu Buhari denounced Britain’s decision to ban six Nigerian officials from visiting the country as “politically motivated and discriminatory,” and said the men would be welcomed as tourists.

A senior member of Buhari’s government said it is making plans to bring the men to London by a scheduled official visit to the United Kingdom in October. British embassy officials in Nigeria were not immediately available for comment.

News of the British travel ban, disclosed in a news release Sunday from Nigerian government officials, emerged after Nigeria suspended the chief of the Federal Road Safety Commission and two other officials for their handling of an accident that killed dozens of people.

The fatal accident took place in February in Obudu, a southwestern Nigerian town, where a truck driver drove off the road and crashed through a guardrail, killing 32 people. The crash is being investigated by an official commission of inquiry appointed by the government.

When a Russian diplomat was denied entry to the United Kingdom in 2015, Britain said it would reconsider its visa arrangements for Russian officials. Similar barring of officials from individual countries has been condemned by U.S. lawmakers and officials.

A spokesman for First Lady Aisha Buhari said she would use her influence to promote “peace and unity” in Nigeria and help the men visit. The spokesman, Toyin Ajibade, said the women’s group she heads would “most definitely” take the men to London.

Nigeria had welcomed high-level trips by British leaders in recent years as a way to increase trade between the two countries. Britain has been pushing for an “inclusive and sustainable” Nigerian government, and diplomats have said they will offer more assistance to build the economy and enhance security.

What it’s like to walk through a cancer diagnosis with a patient.