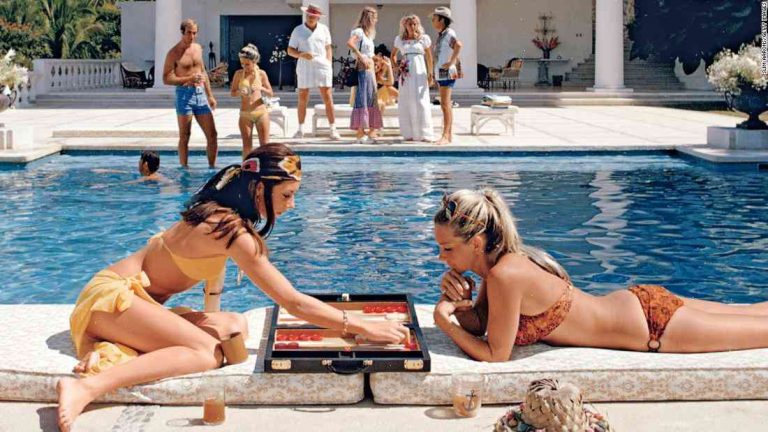 Four years later, in 2018, McCall’s with photographer Ben Watts is revealed to be the same photo, with Sanders and Gerber swapping out their place.

Watts tells FoxNews.com it all started when he received an email from McCall, who shared a photo of himself with Sanders and Clooney. “I said, ‘Right, I’ll get one of us to take another one of those Polaroids,’ and we’re off!” Watts adds.

“Everyone is so shy,” says Watts, who has long been trying to secure the Polaroid project for several years.

After Watts got the attention of Clooney, Watts approached the director with the idea of “a mashup of some of the best images we’ve taken on our road trip across America.” (The photographer had previously photographed former President Bush; Clooney was in the audience for the premiere of Clooney’s new film “Suburbicon” at the Tribeca Film Festival.)

Not only did Clooney’s publicist, Stan Rosenfield, say yes to the idea, the actor and Gerber took the Polaroids with McCall, introducing him to both Sanders and Clooney. “They’re such natural men and so sharp,” says Watts. “They are just like this super professional, yet they’ve also always shown so much emotion and really good people.”