He is the No.1 player in the world with a Wimbledon title and two major finals to his name, but it’s hard to see Novak Djokovic beyond 2017. Over the past few years, Djokovic… 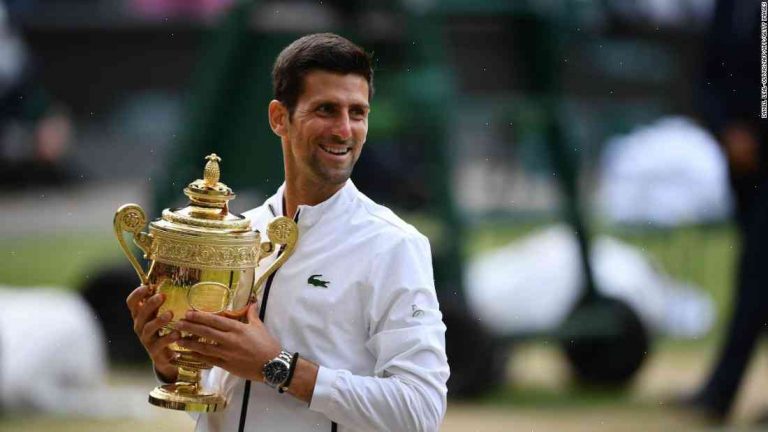 He is the No.1 player in the world with a Wimbledon title and two major finals to his name, but it’s hard to see Novak Djokovic beyond 2017.

Over the past few years, Djokovic has been racked by injuries. In 2015, he was forced to withdraw from the U.S. Open and then the Australian Open to have back surgery. The next year he lost the French Open in the first round. His 2016 Grand Slam record saw him go down to Rafael Nadal in three of the four major finals.

This year, all looked well at the start. After months of tension between Djokovic and the coach he had parted ways with, Boris Becker, the Serbian superstar beat Andy Murray at the Australian Open and then Roger Federer to win a historic 16th Grand Slam title.

His career now hangs in the balance. He plans to use this year’s grass-court season to rebuild his battered confidence and to reassess his career, but his first-round exit in Queen’s, where he won the title last year, was a major setback. The Serbian star is also not named in the top 16 of the ATP rankings and he has yet to rise over the four main challengers.

With only 16 months to go until the next Grand Slam season in Australia in January, 2018 is already a make-or-break year for Djokovic. As he looked back on his career thus far, reflecting on his greatest milestones, he acknowledged that his greatest wish at this stage is to return to the heights of 2016.

US man charged with possessing and distributing child pornography in Toronto