The Supreme Court agreed Friday to decide whether a Maine school system was required to include the word “God” in its new reading material, which was meant to replace fiction written by non-Christian authors…. 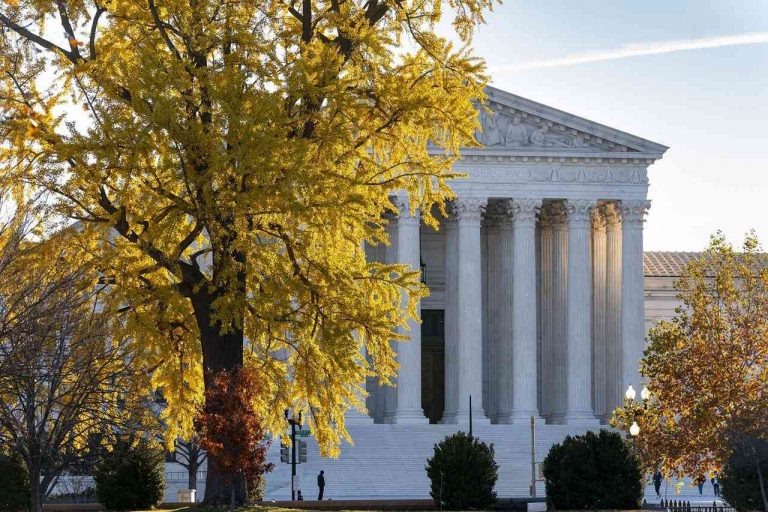 The Supreme Court agreed Friday to decide whether a Maine school system was required to include the word “God” in its new reading material, which was meant to replace fiction written by non-Christian authors.

The case involves the Maine School Administrative Agency’s policy of writing letters to parents about the reading material, which uses non-fiction to promote tolerance. But about 10 Maine families sued, arguing that the school system was required by the Constitution to create the new material and included the reference to “God” in violation of the First Amendment’s separation of church and state.

At the heart of the dispute is whether a state agency has the authority to remove the word “God” from a book because that would inhibit religious freedom in that context.

In his complaint, the director of the parent organization that sued Maine, Timothy S. Janus, says in a section entitled “Who We Are as Humans” that “we are covenant people” and that “God gave His Word to Adam, to Eve, to Moses, to the Hebrews, and to all humanity.” The school system removed these references to “God” from the materials.

But in his reply, Maine’s solicitor general, Charles N. Cohen, writes that the book by Robin DiAngelo, which was used during part of the 2004-05 school year, “includes examples of three persons of faith” and that “these words … do not offend any line in the Establishment Clause.”

The federal government sided with Maine. While the case may not have been much of a contest, conservatives were worried it could be a roadmap for future judicial musings about the controversial “separation of church and state.”

Justice Elena Kagan wrote in her dissent from a 2013 ruling that rejected the school system’s interpretation of the Establishment Clause, saying it would allow schools to create anything they wanted in the name of religion and would leave the high court to pick between different philosophical interpretations.