By Emma Teitel When Mayor John Tory’s administration recently published details of a plan to ease restrictive drug laws by decriminalizing the simple possession of drugs, the news was hailed by Amnesty International and… 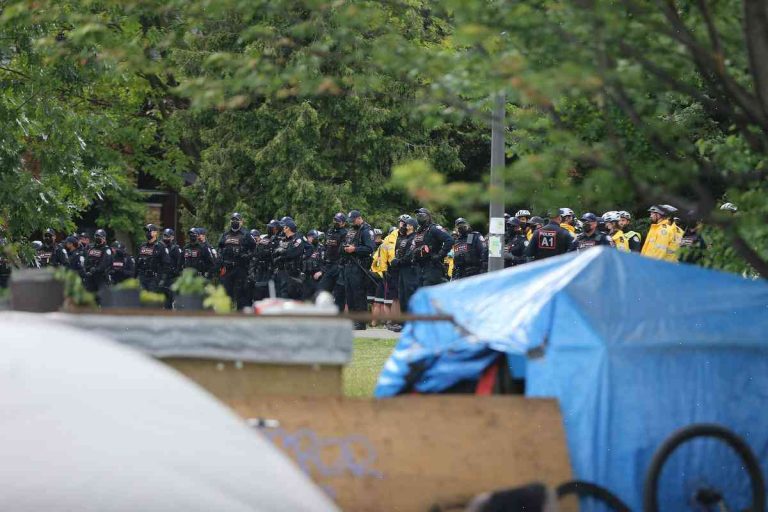 When Mayor John Tory’s administration recently published details of a plan to ease restrictive drug laws by decriminalizing the simple possession of drugs, the news was hailed by Amnesty International and the Canadian Civil Liberties Association. In November of last year, Conservative MP John Carmichael and Toronto mayoral candidate Karen Stintz also called on the city to decriminalize drugs.

Carmichael and Stintz were influential in getting the bill out of the Liberal government’s justice committee, which also called on the government to consider making some drug possession charges a civil infraction (rather than a criminal one). But was Toronto right to legalize drug possession without considering how such a move would affect the very people who need help the most?

Amnesty and the CCLA have cited concerns about what ending the criminalization of drug possession will mean for organized crime and the mentally ill. Both organizations are correct, as drug addicts often commit crimes to support their addiction. However, opioid addiction has devastated the lives of many hardworking Canadians, as well as thousands of opioid-addicted children. Ending the criminalization of drug possession would be an effective way to support these vulnerable populations, as well as encourage successful treatment for drug addiction in the first place.

And what about the homeless? The upcoming Toronto Controlling Drugs in Public Spaces (CDSPS) Act is also expected to reduce drug-related homelessness, as supporters of the bill are quick to point out.

The evidence of drug-related homelessness among the mentally ill is clear, as earlier research found that untreated mental illness leads to drug use. Many addicts live in these circumstances because of a lack of identification with society, which makes it difficult for them to report a history of mental illness, much less receive treatment. By treating drug addiction as a civil infraction, Toronto would be able to easily and expeditiously identify offenders and help them find treatment.

A recent study from Global Affairs Canada in tandem with provincial offices in Vancouver and Ottawa shows that ending the criminalization of drug possession is a promising strategy to decrease the level of drug use among Canada’s incarcerated population. In 2007, the combined Canadian rate of drug use and use among those incarcerated was a staggering 75 percent. With the country’s current national shortage of psychiatrists, and the prisons filled to capacity with men, women, and children with mental health issues, should Canada not take this easy, humane approach to addiction?

The stigma that still exists among Canadian society toward drug addiction is tragic. Too many people have to live their lives in the shadows and in a state of permanent trauma, instead of accessing the help that could make all the difference. Politicians do better when they can recognize and understand the realities that drug addicts face. Drug addicts deserve the same help as any other person struggling with mental illness or addiction. And frankly, when an addiction takes a heavy toll on someone’s life, it should be treated with the same compassion that we give to someone whose family member is battling cancer.

This form of lax decriminalization or legalized drug possession needs to be supported as an important public health initiative. For too long, treatment for drug addiction has been ignored. With more addicts in our society and demands for more services, Toronto and Canadian governments are on the right track by thinking more broadly about these issues.

Emma Teitel is director of policy and advocacy at the Canadian Civil Liberties Association.

Watch more above from The Intercept.