Brooke Shields is feeling “kind of beat up” by Barbara Walters over their infamous 1984 ABC interview. The “Suddenly Susan” star and author of the book “All My Pretty Children: A Memoir” said in… 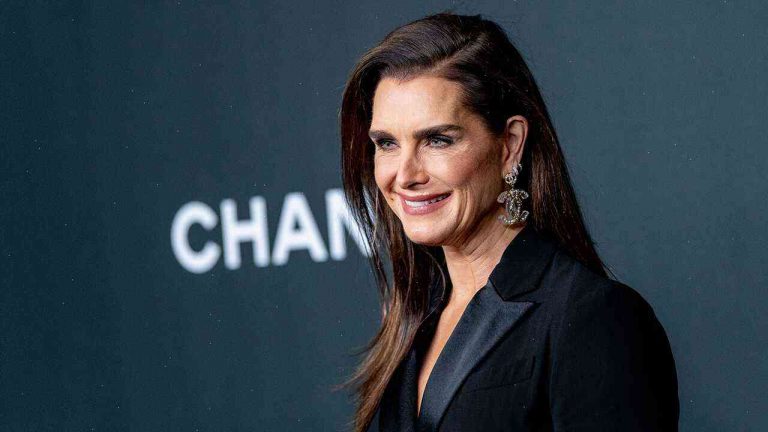 Brooke Shields is feeling “kind of beat up” by Barbara Walters over their infamous 1984 ABC interview.

The “Suddenly Susan” star and author of the book “All My Pretty Children: A Memoir” said in a tell-all interview for Interview that the famed journalist took their conversation about husband Andre Agassi and then-boyfriend Doug Blush to an unnecessary level and didn’t credit them for it, and continued to talk about it as if it was the first time they spoke.

“I don’t remember that well at all,” said Shields of their first dinner together. “But I will tell you this: I’ve been called a lot of things, but a ‘goddess’ has never been one of them.”

The two appeared on The View on Monday, and began by discussing their interview on which Walters famously joked that Shields “is hard to take” after she hosted the Academy Awards.

#BanMenStrollers! Hillary Clinton tweeted Monday night that yes, women should be allowed to drive cars, but, “period.” She also took aim at the Saudi Arabian government, which has just enacted a controversial law that outlaws women from driving.

“I can’t believe this,” Brooke said. “We’ve not been able to move forward since we did this interview. The Saudis have come up with this law in order to suppress women’s rights. They know we can’t hear them.”

Of the 80s, she added, “She’s making fun of us when we’re not even old enough to drink.”

She said the interview was “based on a thing that didn’t go that well” — something that couldn’t have happened if Walters hadn’t “prepared the interviewer in the college years.”

Brooke said Walters has even continued to tout the interview as though it were the first time the two had spoken — even when they haven’t seen each other in 20 years.

She said Walters has even told her now that if she ever really got old, Walters would have no problem with Shields telling her about “my embarrassing stuff that I’ve gotten caught doing when I was 16 or 17. And that I was just a total nerd and a total idiot and a terrified scared girl and that God really didn’t want me to do that stuff.”

“That’s all they really wanted to talk about: how crazy I was when I was 16 or 17, and how much fun she was having,” said Shields. “That’s like calling Donald Trump and saying, ‘Tell me about your first time in bed with Melania.’ This is not a story, this is something that is kind of criminal.”

But Walters has defended her coverage of Shields.

“In that interview, we made clear how unpopular Brooke was in Hollywood,” Walters said. “I said that Brooke had become almost a black sheep of show business for her virility and immodesty.”

Walters pointed out that “from that moment on, I talked about how Brooke was seen and not heard by the Hollywood community.”

Blush claimed that he and Shields never slept together when interviewed by Walters in 1986.

“I absolutely always love talking about our interview with ABC,” Shields said of Walters, who recently retired. “I still love her like she was my favorite teacher, even though I was just a schoolgirl. That conversation was like a pilgrimage to my childhood. You can’t explain love like that, and we will never get better.”

Watch the interview, above.